GUIDES US THROUGH THE MOUNTAINS

The Snowplanners like to stay sharp. As a new entrepreneurial initiative, we run into issues on a daily basis where the Board of Experience advises and inspires us. They provide guidelines for strategic choices that help us move forward.

The members of our Board of Experience are all experienced and knowledgeable in the field of entrepreneurship, sales / marketing, (online) media, communication and management. The members are complementary, each has his own field and of course a clear affinity with winter sports.

The composition of this board has been carefully chosen and twice a year there is a meeting with a specific programming / interpretation or subject. It is clear that we, the Snowplanners, can make good use of the knowledge and experience of our Board. We are therefore very proud to introduce you to the members of the Board of Experience.

Hey! I’m Pim Stigter, a fanatic freestyle snowboarder and the founder of the full-service agency: TAO Company. Before I started a business, I was a professional snowboarder in all freestyle disciplines, five-time Dutch champion divided over the disciplines: Big Air, Slopestyle and Halfpipe and participated for five years in the world cup tour with the Dutch snowboard team.

After my sports career I started working in marketing and sales in the extreme sport sector (skate, surf and snow). After that I was a sales representative for a number of ski, surf and snowboard brands. In my sports and social career I have always been extremely result-oriented. I think it is an honor to participate in the Snowplanners board of advisors to combine my passion for entrepreneurship and snowboarding. See you on the mountain!

Marc Heijmans is an all-round sport professional. He has always practiced sport from a young age and has performed at a high level of hockey and also water skiing. Marc was a fully professional and international ski instructor for 5 years and had the ambition to participate in the euro synchro ski tour with his ski partner from the Canadian ski team. He has taught others, trained from the beginning to deep snow and buckels and inspired with his passion for skiing and experiencing nature. He still does that on occasion!

Logical that, based on his passion and friendship with Alex Timmer, he wants to contribute to the future of Snowplanners from the Board of Experience. Marc is Director of Business Development at Hollandse Nieuwe Architecten Concept & Design. Specialists and consultants in workplace, innovation and educational environments, and revitalization of commercial real estate. Here he is responsible for strategy, business development and innovation. Marc is a member of the Board of Advise or IBIS International Business Innovation Studies of the In Holland Business University. With his experience with start-ups and rapidly changing organizations, Marc is an inspirer and link-in-pin in the market and he prepares organizations for the future.

I was 3 years old when my parents took me to the mountains, from that moment I was addicted to winter sports. In 1989, together with my father, I took Portes du Ski snowboard lessons at the new indoor ski slope. I later became a teacher myself, entered competitions and became a professional snowboarder. I signed with Oxbow and became the first Dutch freestyle snowboarder.

After my pro career I became coach of the NL Snowboard team (NSKIV) and later gave shape to the well-known Dorito’s team. In 2000 I founded my own company Rotterdam Agency with a very nice brand portfolio (686, Bataleon, Dainese, Faction, Roxy, Smith, Vans). Rotterdam Agency stands for hard work, honest and straightforward and do what you promise. Like the people in Rotterdam are!

Snowplanners is a good initiative where winter sports enthusiasts can present themselves and obtain information. I also like to share my experiences and expertise with people who are open to this, to talk about the sport that gives me so much energy, enjoyment, love, hate, fun, and feeling. I myself keep snowboarding as long as I can!

Wim Gramsma is a recreational skier without major sporting ambitions. He particularly enjoys the mix of snow, sun, fun and skiing with his children. His first skiing experiences date back to the 1970s, when he skied down hundreds of times from the only slope in a small village in Vorarlberg. In the decades that followed he saw how winter sports grew in popularity, how materials got better and better and how the ski areas expanded.

From the mid-1990s, Wim Gramsma also started to professionally deal with winter sports tourism. The travel organization to which he was affiliated grew into one of the Netherlands’ largest providers of winter sports travel. As marketing director he was co-organizer of winter sports events in Austria, Norway and Finland, among others. He always managed to pick up one or two ski days when traveling.

Nowadays Wim advises companies on customer experience and service. He writes tailor-made customer focus programs with his consultancy firm CustomerSense. He is also a speaker and publicist and he is still on skis for a few days each year.

In addition to the members of the Board advising and inspiring us, there is also a task on the road to progress with the Snowplanners. The intention is that every six months we put together a program in which we use the vision and expertise of the Board as a sounding board for the right strategy, growth and success based on current issues.

These meetings differ from location and exact interpretation. That is the one time on top of the mountain with workshops or a culinary evening, but the other time in the Netherlands where a full evening program presents clear issues. In addition to the business part, there is of course plenty of room for entertainment. 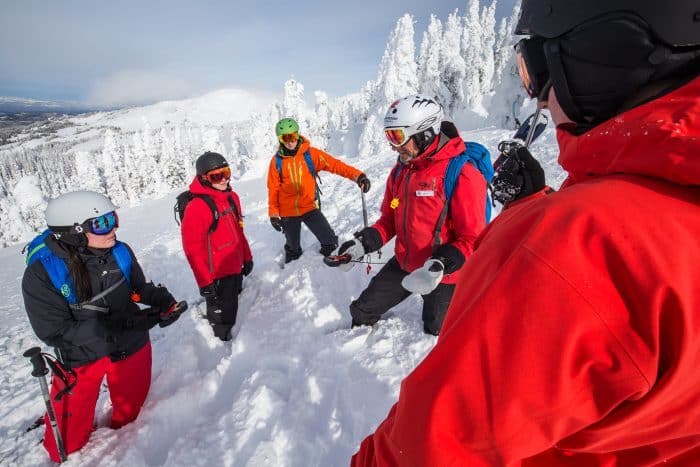